All truffles develop underground. Consequently, it becomes clear to see just how important certain variations, even small, of the soil parameters are; they can decide if a truffle species can develop or not, so it becomes important to protect the sites which are suitable.

Each truffle species has precise needs in terms of soil, but there is one characteristic that all soil suited to truffle-growing shares: large quantities of calcium. This aspect takes us back in time to the remote origins of our region. The large quantity of calcium which is present in our soil in the form of carbonate is of marine origin.

Starting approximately 30 million years ago the entire area of the Piedmont lowland, Langhe and Roero and a substantial part of Monferrato were occupied by a large sector of sea called Tertiary Piedmont Basin.

Over millions of years, sand, clay, silt and calcium carbonate, consisting largely of immense quantities of planctonic shells and other marine micro-organisms deposited in layers on the seabed.

Then the zone began to rise as a result of the thrusts due to deep movements of the earth’s crust which, in the meantime, gave origin to the Alps.

The sea then withdrew as far as what is now the Adriatic coast and the hilly landscape of Langhe and Roero arose.

Today we can observe the signs of that ancient sea in the stratifications which can be seen on the hill sides that sometimes give us magnificent fossils of organisms which once populated those waters.

The soils which originate on these layers have inherited the calcium carbonate and not only are they perfect for truffle but also for wine growing demonstrating that carbonate is a key element of our terroir, essential for achieving the excellent quality which characterises our wines.

If we observe the areas suited to truffles we will see how they always overlap with the zones of excellent wine production.

* THE WHITE TRUFFLE is the most demanding in terms of soil. Aside from large quantities of calcium it also needs silty relatively fertile soil, with the right amount of clay and sand.

Sparse woods and woods derived by invasion, or rather former cultivated lands invaded by wild hazelnuts, poplars, oaks with grass clearings, which have not had the time to develop to the extent that the entire surface is covered. Old woods which are not too thick and with mixed species. Cultivated or more or less abandoned poplar groves. Wooded areas along roads and gardens. The latter environments are often excellent zones for production and will be dealt with in more detail further on.

* THE PRIZED BLACK TRUFFLE is suited to many different zones, but maintains the need for calcium. It is a species which is a little more “Mediterranean”; it loves the sun-kissed slopes of the hills and low mountains, with light poor soils, rich in rock fragments (gravel and pebbles) or sandy with limited quantities of clay and silt.

In the upper Langa we often find them in the sun-kissed and terraced slopes, on sandy and very poor soil. 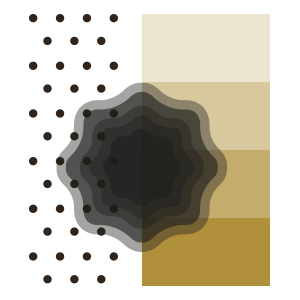 * THE SUMMER SCORZONE is more versatile and adapts to siltier and fresher soils like the white, as also to the more sun-kissed and poor slopes like the prized black truffle. Both the white and the sweet black truffle have been called pioneer species.

They don’t love thick and shady woods, but they develop well in evolving environments, bonding to isolated trees in abandoned meadows, or along the rivers which naturally burst their banks from time to time and modify themselves. 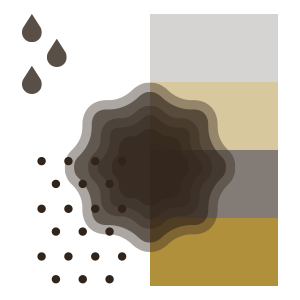 * THE SCORZONE is a species which can adapt well to the mature wood, when the crowns touch and humus starts to accumulate on the ground, similar to Porcini.

In any case it proves to be the most tolerant since we can find it both in white truffle environments and in those of the black truffle when they are not too dry. 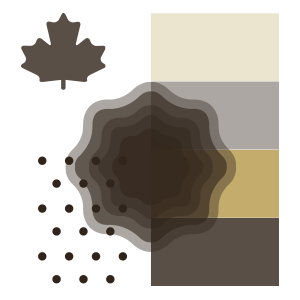